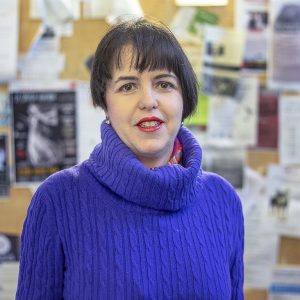 Chiara Ombretta Tommasi (Rome, 1973). After graduating from the University of Pisa and the Scuola Normale Superiore in Pisa (1995), she obtained a PhD in Greek and Latin Philology at the University of Pisa (2000). Subsequently, she was a Post-doctoral Fellow in Latin Literature at the same university (“assegno di ricerca”, 2001-2005) and was then appointed Assistant Professor of Latin Literature in 2006. After obtaining her national qualification (2012) in the disciplinary fields Latin Language and Literature (10/D3), Classical and Late Antique Philology (10/D4), and Book and Document Sciences and Religious History Sciences (11/A4), she is currently Associate Professor of History of Religions at the University of Pisa. In 2017 she also obtained a “Qualification aux Fonctions de Professeur” (France). In 2018 she obtained the national qualification as Full Professor in Book and Document Sciences and Religious History Sciences (11/A4). She is a member of the board of the Società Italiana di Storia delle Religioni (2016-20) and she serves as Deputy General Secretary of the European Association for the Study of Religions (2020-2022). She is a member of LEM, Laboratoire sur les Monothéismes, (CNRS, Paris, France) and has been nominated Fellow of the Academia Europaea in 2019.