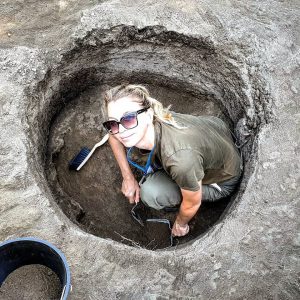 Chiara Tarantino graduated in Conservation of Cultural Heritage – Archaeology in 1998 at the University of Pisa and completed her main studies with a master degree in Communication (Pisa) and a PhD degree in Management and Development of Cultural Heritage at IMT Lucca. Since 1994, she began to deal with archaeological research and museums. As an archaeologist, she has participated in excavations in several Roman and Magna Graecia sites, among them the Ancient Ships of Pisa, Pompeii and Segesta (Sicily). She has worked at the University of Pisa since 1999. As of 2013, she is the curator of the Plaster Cast Gallery of the University of Pisa collection of Ancient Art. She teaches Classical Archaeology, and Museology and Museography.