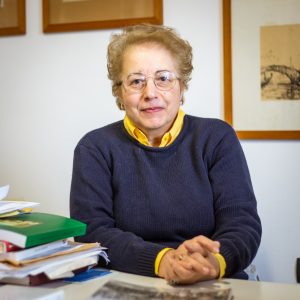 A former Fellow of Downing College, Cambridge, Cinzia M. Sicca is Full Professor of History of Early Modern and Baroque Art.; previously, she spent eight years in teaching and research positions in British universities. From 1982 to 1985 she held a Research Fellowship at Downing College, Cambridge. In 1987 and 1990 she has been Visiting Fellow at the Getty Center for the History of Art and Humanities, Santa Monica. During Summer 2001 she has been British Academy Visiting Professor at the University of Leicester. During the academic year 2002-2003 she was Frese Senior Fellow at the Center for Advanced Study in the Visual Arts at the National Gallery of Art, Washington, D.C. In 2002 she has been awarded, in her capacity as Team Leader, a two year Getty Collaborative Research Grant for a project entitled John Talman’S Collection Of Drawings As A Historia Of Art From Antiquity To Christianity.  Her recent research has focused on the history of painting and sculpture between 1500 and 1799, with particular emphasis on the artistic and cultural relations connecting central and northern Italy to England, France and the United States. She is a founding member of the Consulta Nazionale degli Storici dell’Arte; elected member of the Italian chapter of CIHA; member of the Renaissance Society of America.