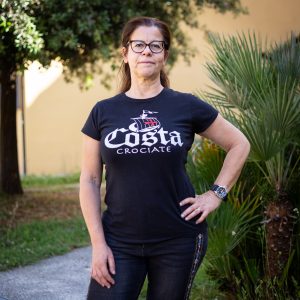 Enrica Salvatori is Associate Professor in the Department of Civilizations and Forms of Knowledge at the University of Pisa, where she teaches Medieval History, History of Late Ancient and Medieval Settlements and Digital Public History. She served as vice-president of the BA degree in Digital Humanities from 2006 to 2010. From 2015 to 2021 she is the director of LabCD – Digital Culture Laboratory (http://labcd.humnet.unipi.it/) and she is currently also the academic manager of the Multimedial Service of the University of Pisa. Enrica Salvatori was visiting professor at the University P. Valéry (Montpellier, France) in 2006, 2008, 2011 and 2015. Previously on the board of AIUCD (Italian Association of Digital Culture; 2015-2021), she is now on the board of AIPH (Italian Association of Public History: since 2017) and of PHW (Public History Weekly). Her research interests focus on Medieval History and Digital Humanities, in mutual connection. Much of her work has been on the medieval Mediterranean circulation, the evolution of the municipality in Italy and Provence and the history of Lunigiana (northern Tuscany), as well as the study of the Digital Public History as a discipline. In particular, she has led since 2011 a research team on the history and archaeology of the landscape in Val di Vara and Lunigiana (http://tramonti.labcd.unipi.it/) and since 2014 the digital edition of the Pelavicino Code (http://pelavicino.labcd.unipi.it/), structured as a digital public history project.