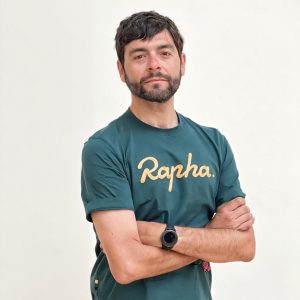 Rocco Palermo is a Research Fellow in Archaeology at the University of Pisa and Affiliate Research Fellow at Harvard University (https://scholar.harvard.edu/roccopalermo/home). He obtained his joint PhD at the University of Naples and Université de Paris I Panthéon-Sorbonne. Between 2015 and 2017 he was a Postdoctoral Researcher at the University of Naples, before joining the University of Groningen (The Netherlands) after having obtained a prestigious VENI grant by the Netherlands Scientific Organization (2017-2021). Rocco specialises in landscape archaeology, ancient empires of South-Western Asia, and the application of remote sensing techniques in the archaeological research. He has extensive fieldwork experience in the Middle East: Iraq, Syria, Jordan, Oman, and Saudi Arabia. He is the Associate Director of the Erbil Plain Archaeological Survey (Harvard) and the Director of the Gird-I Matrab Archaeological Project (gMAP, University of Pisa). Rocco has been awarded numerous grants and research fellowships from different institutions, including the Fondazione San Paolo, NWO, Gerda Henkel Stiftung, and the American School for Overseas Research (ASOR). He is the author of On the Edge of Empires. North Mesopotamia during the Roman Period (Routledge, 2019). He is currently working on a book about the imperial evolution of Mesopotamia from the Iron Age to the 1st millennium AD.